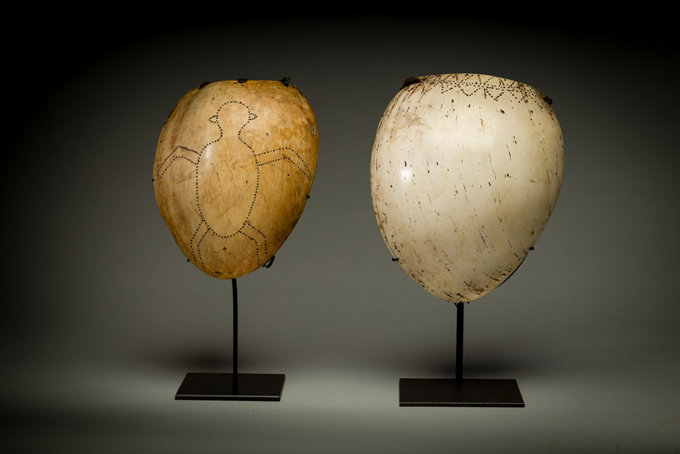 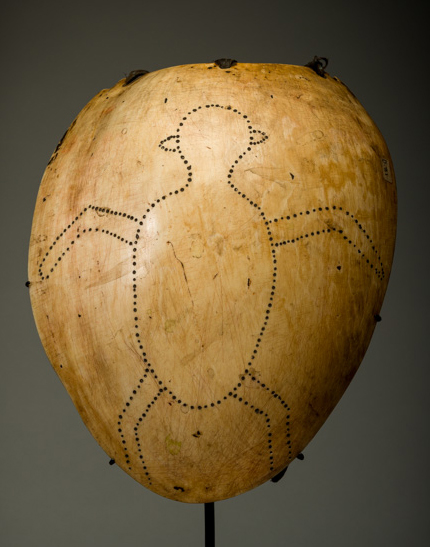 Large Bailer shells are the most important ceremonial and wealth pectorals among the peoples of the Southern Highlands and Enga. Traditionally they were traded up from the coast and in Highland society became very valuable, used often as part of bride-price exchanges. Most are plain; some of the larger and heavier shells ( which are the most valuable ) had engraving, generally triangular dots, along the top edge. Very rarely, and only in the Mendi Valley region, they had a figure, outlined by punctuated dots, depicted on the shell.