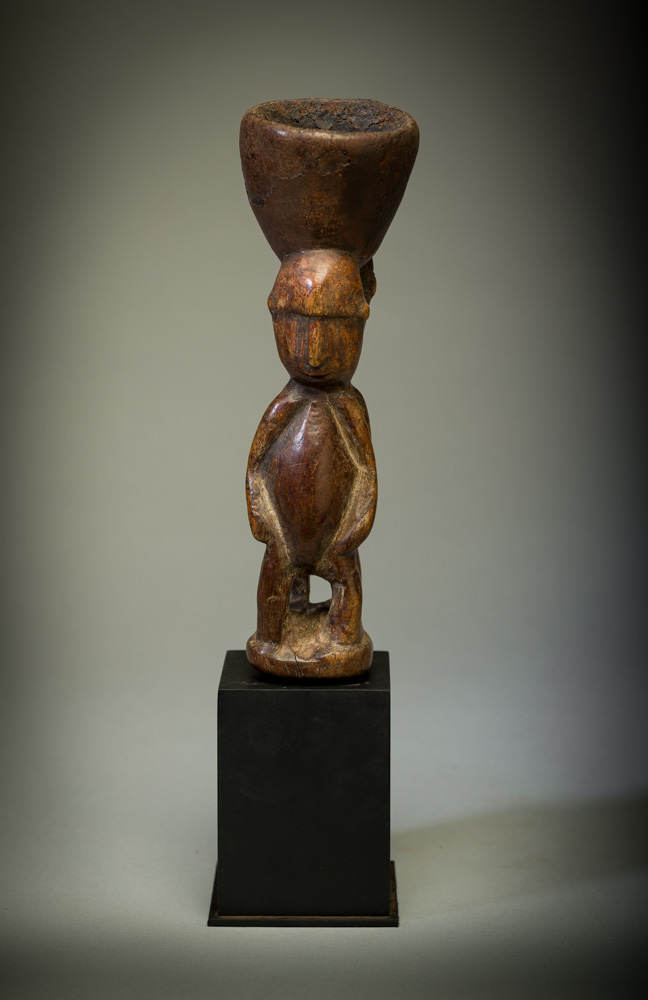 Betel mortars, while common in many parts of the Sepik region are rather rare among the Abelam; this one is from a small group of people immediatelty to the north of the Abelam, called . This is a fine example, with two minimalist figures supporting a bowl that bends to one side. The bowl is encrusted with old betel.. One quite similar to this mortar appears in Margaret Meads pre-WW2 publication, “The Arapesh”.  This is simply and elegantly carved with a great patina. with some highlights in white