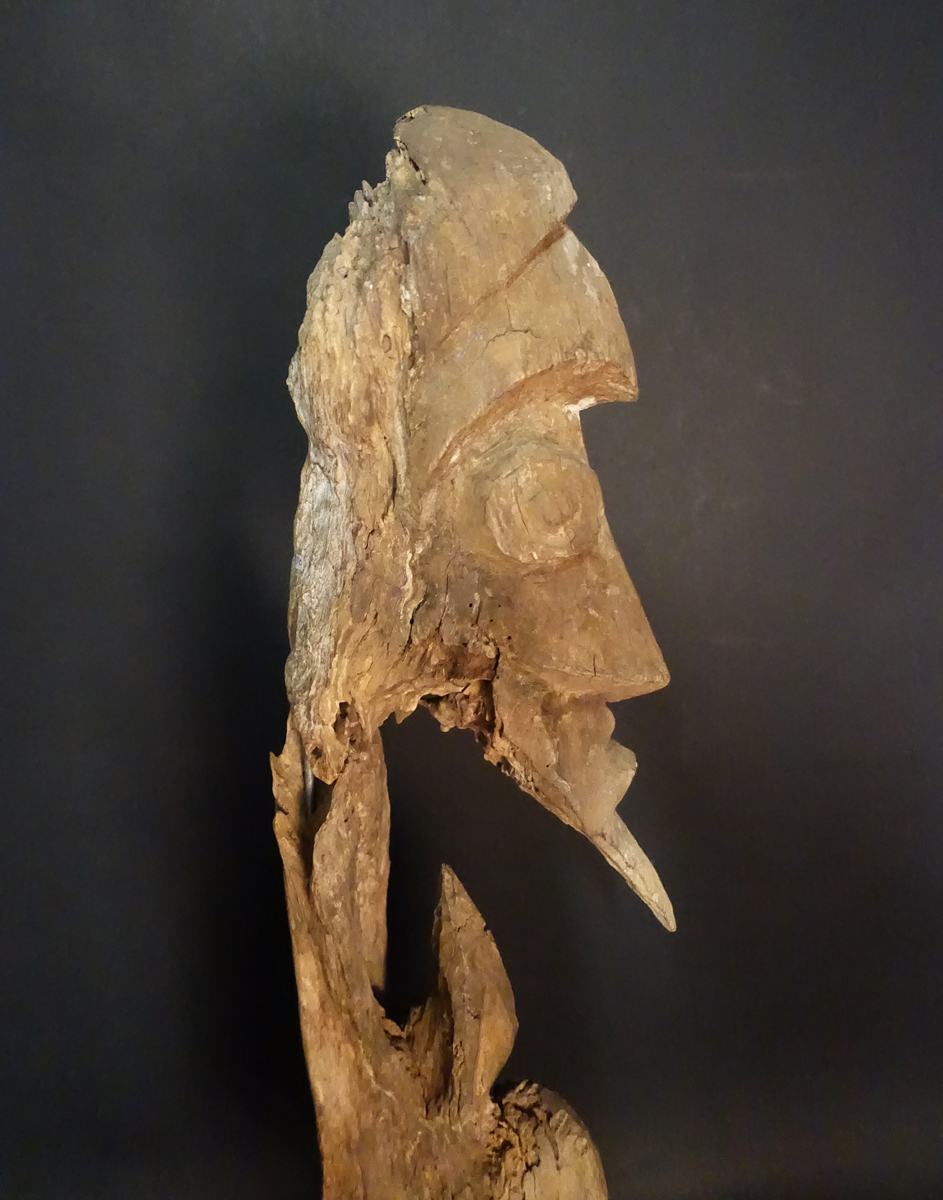 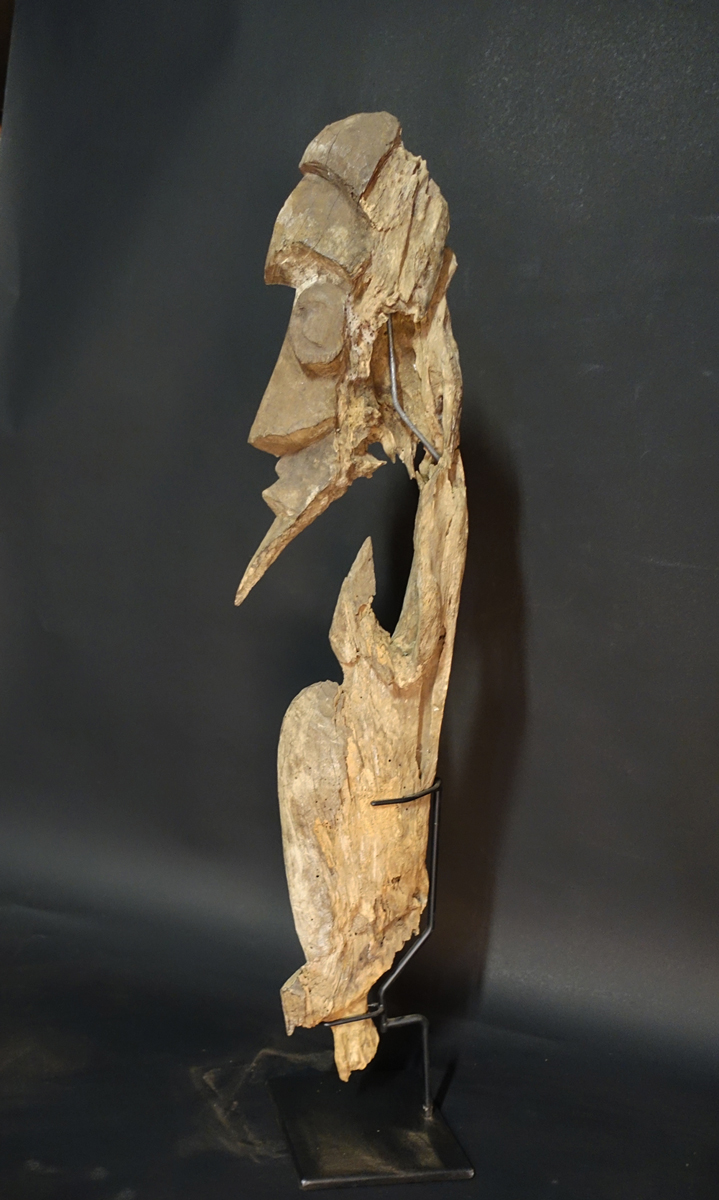 This hooked figure, yipwon, was brought out of caves in the Upper Karawari River region in the 1970s. When collected the head and body had already separated into two pieces, and it was stored away. It is an ancient figure that probably deteriorated over centuries in the caves where it was stored.  It is simple but very strong in form, with protruding eyes.  The two parts are joined lightly with a metal rod, but no restoration has taken place. Collected by Thomas Murray Slimmon in med-1970s, then by descent.