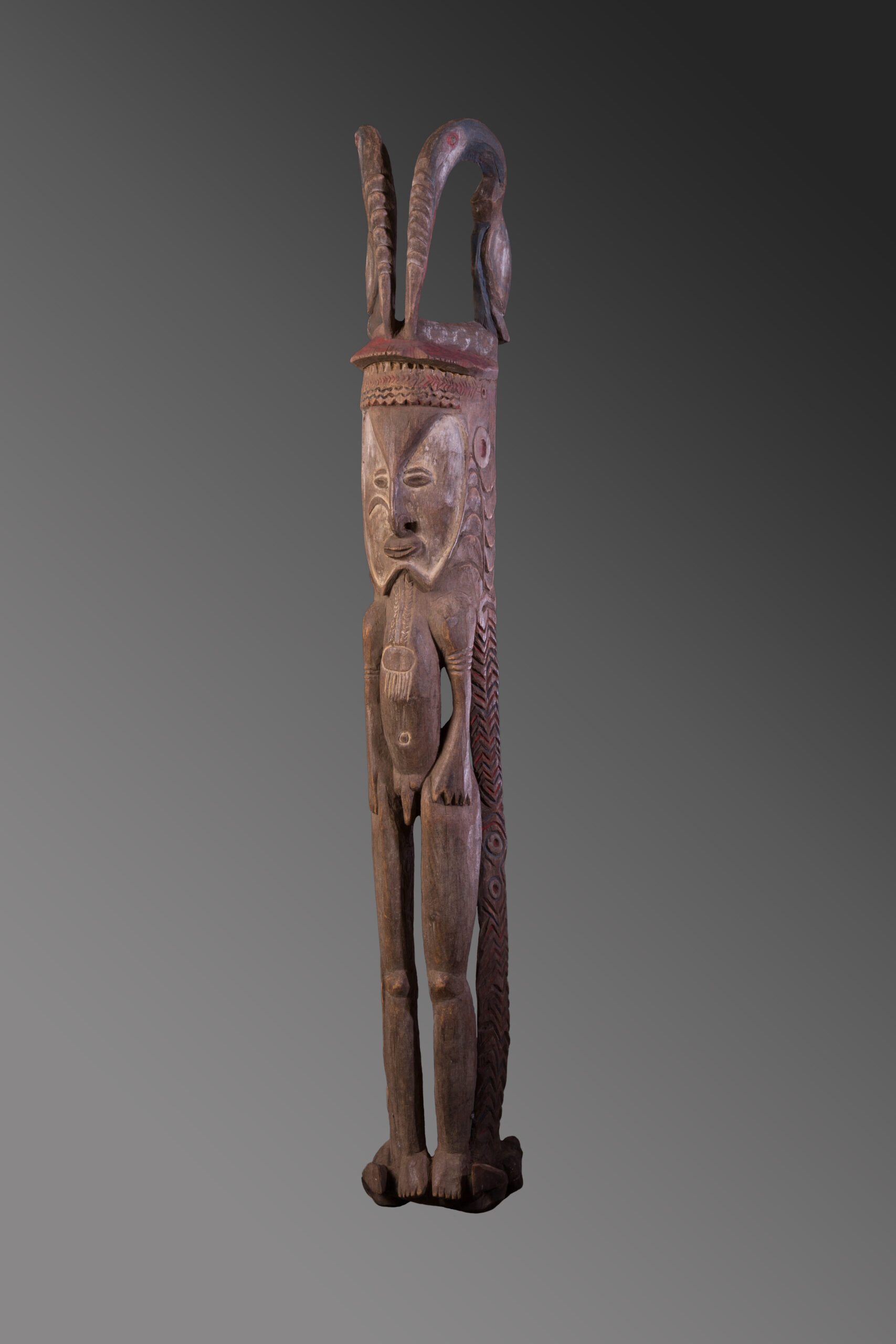 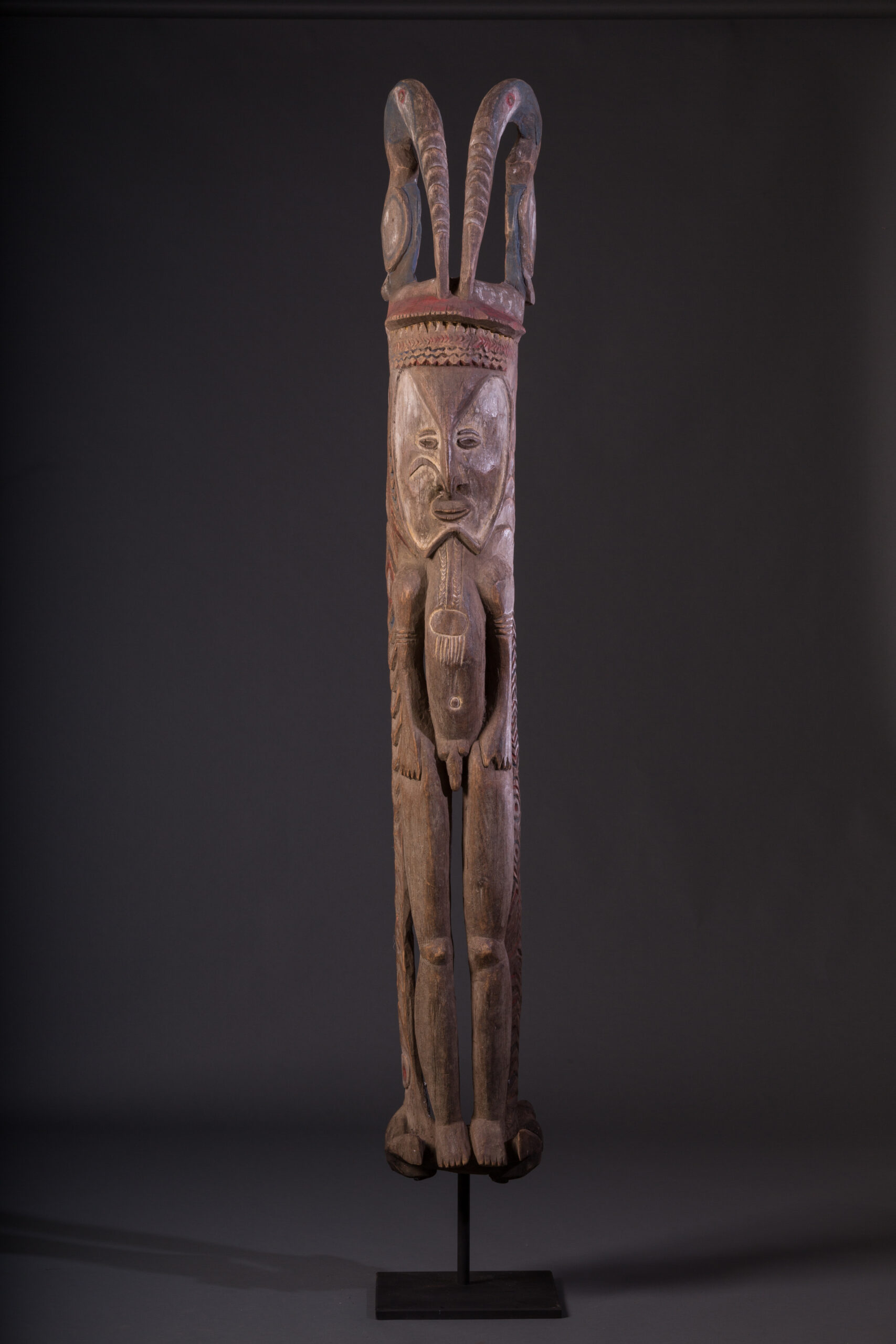 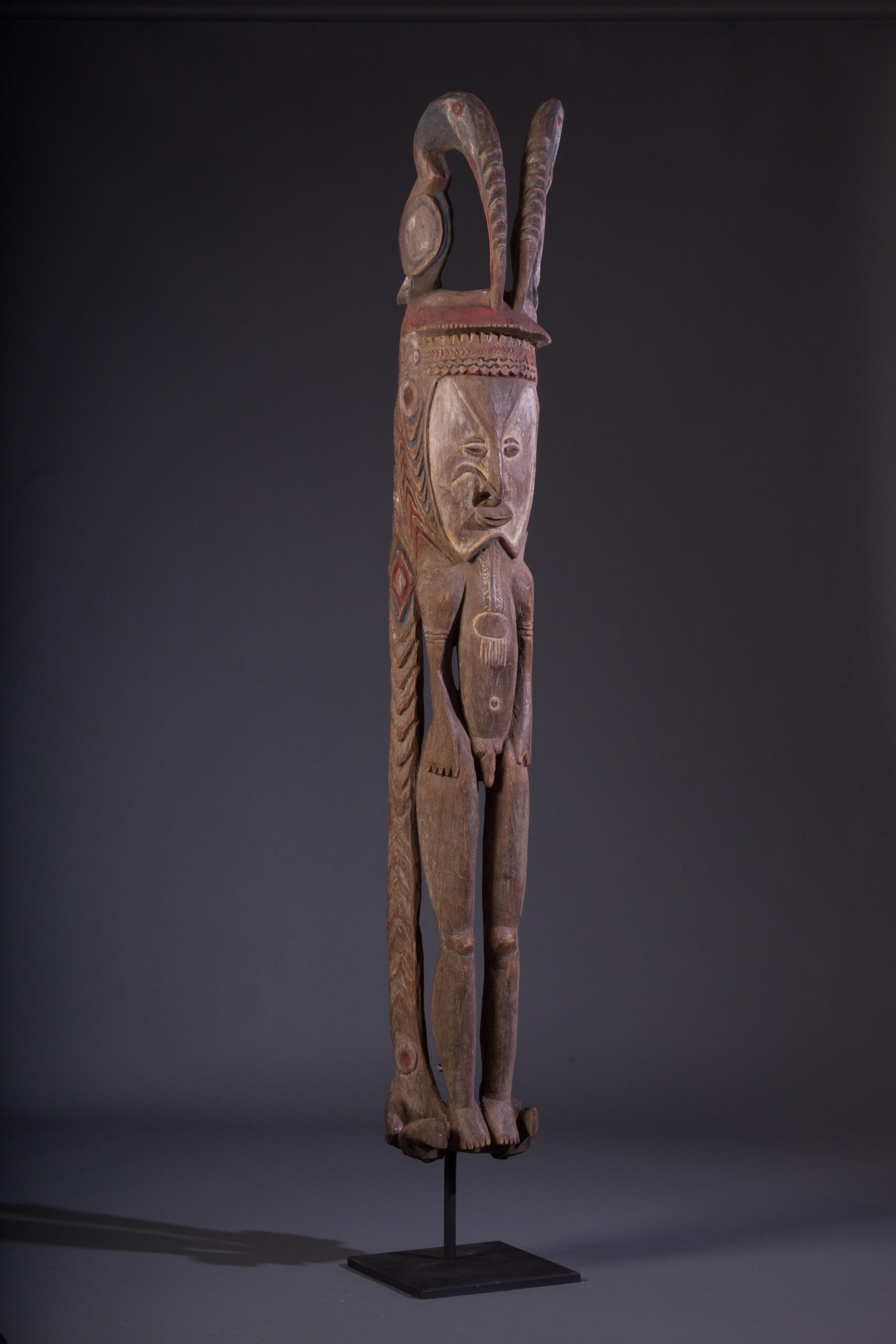 This large figure is one of a pair, originally collected from the Sawos village of Numangwa in the mid-1980s. However, it was seen by the eventual collector in the village in the early 1970s and again early 1980s, when it was in use in the village, and not for sale. The carving is very fine and well executed; the paintwork is extant, but well worn.  These figures represented important ancestor spirits and among the Sawos, where Haus Tambaran posts were often uncarved, these figures were strapped to the central Spirit House posts.

The post figure is surmounted by two large birds, totem symbols of the clan; the post is hollowed at the back; there is a split at the base, held tightly together by the metal support stand