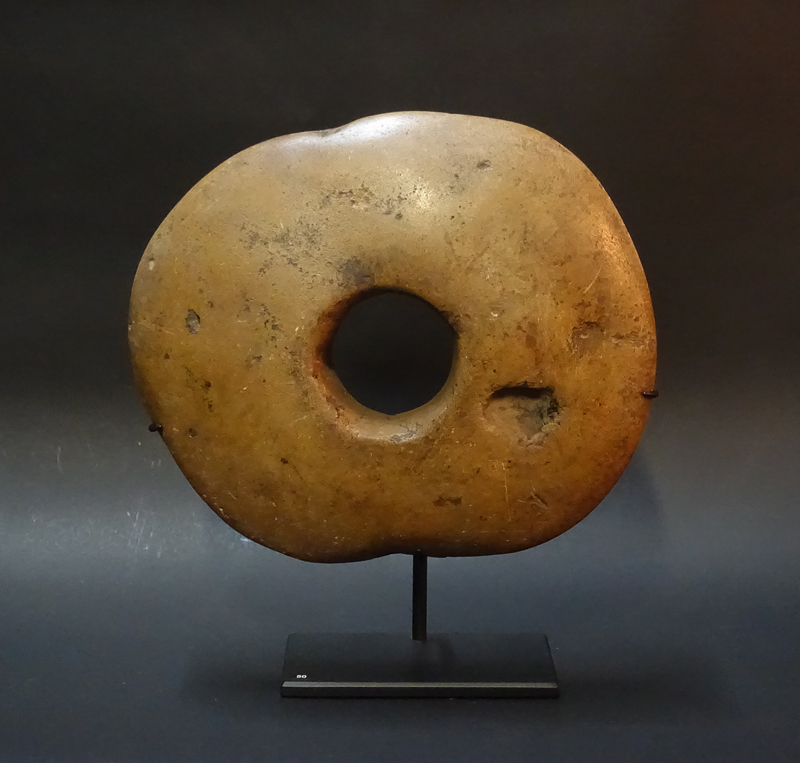 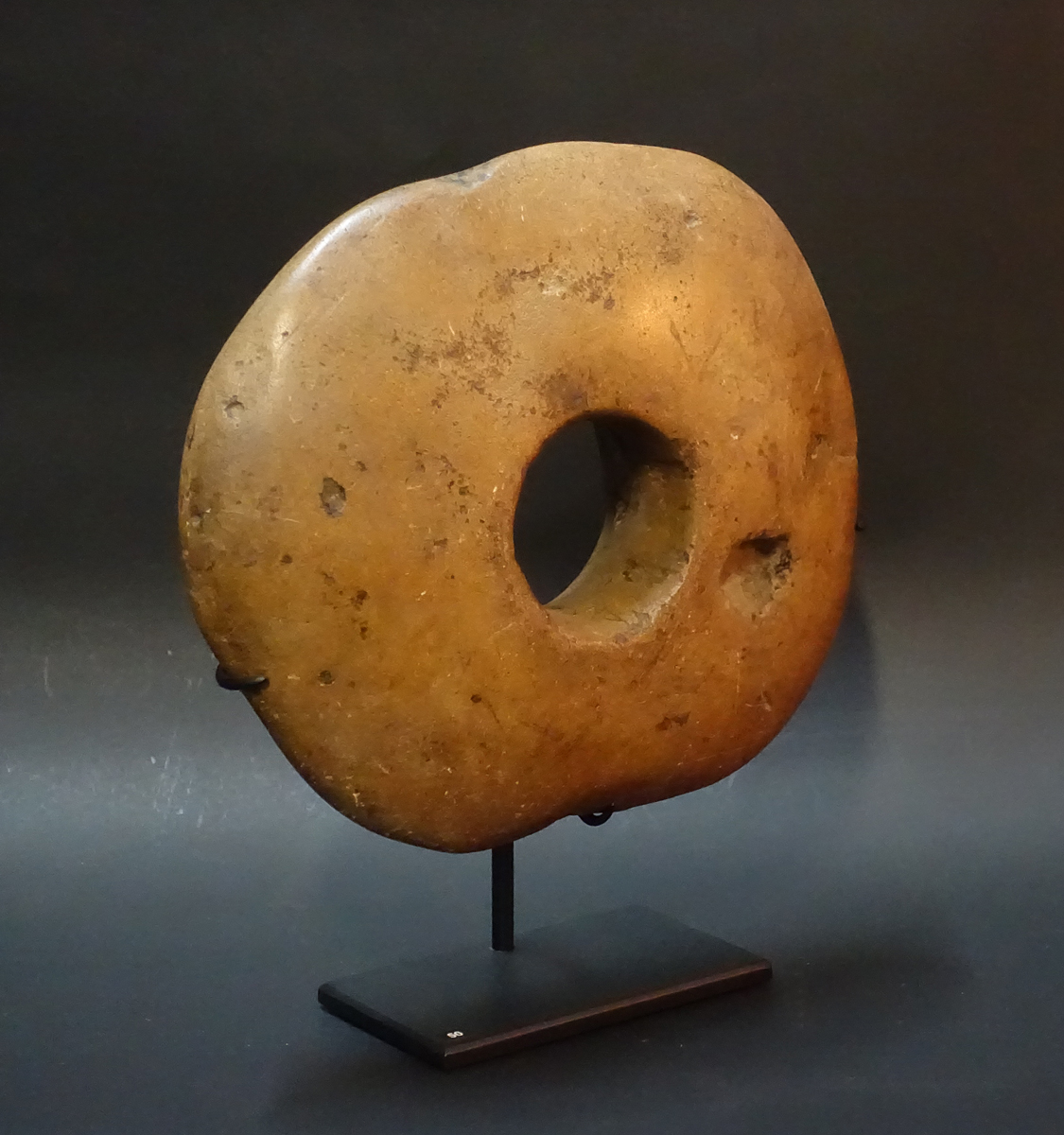 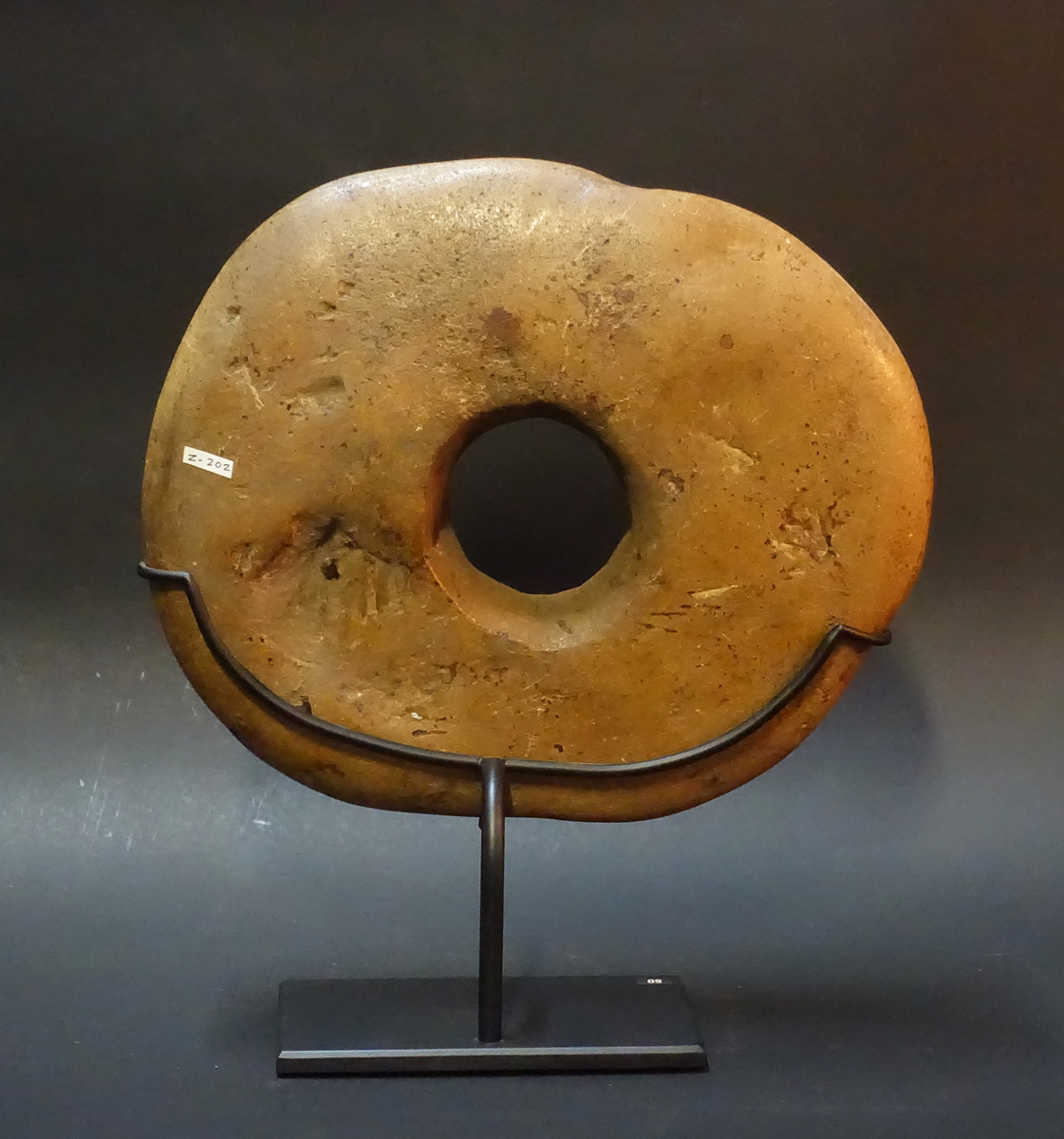 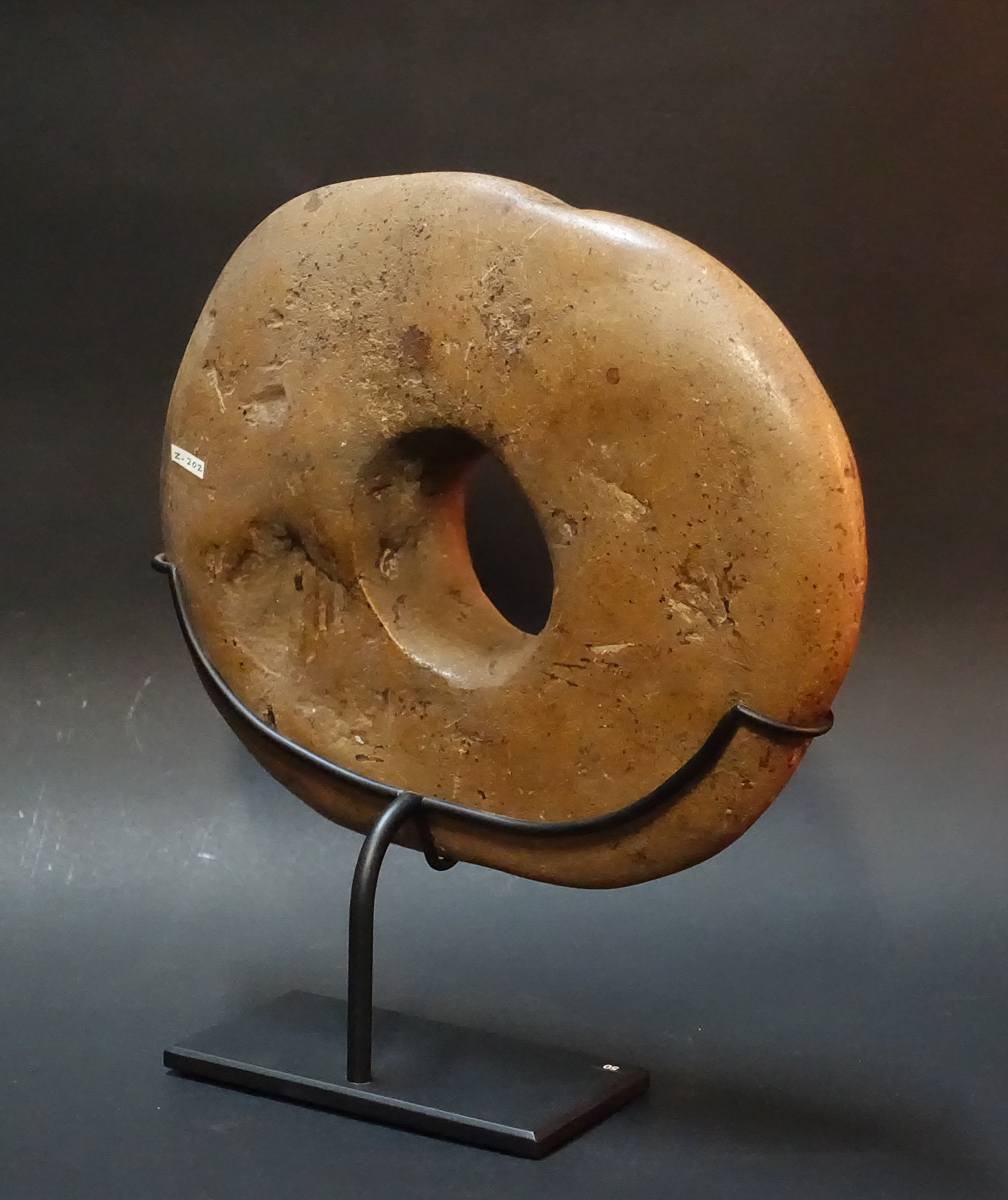 This YUA appears to be made of stone, rather than clamshell. Also it has acquired a darker brown colour. This suggests, and it was traditionally a common practice, that it was buried, probably for a long time. In warfare, the Abelam often buried their YUA in secret locations; this was in case enemy raiders attacked a village and, apart from death and destruction, they sought to pillage these very valuable YUA rings.  This example is very large and very thick.