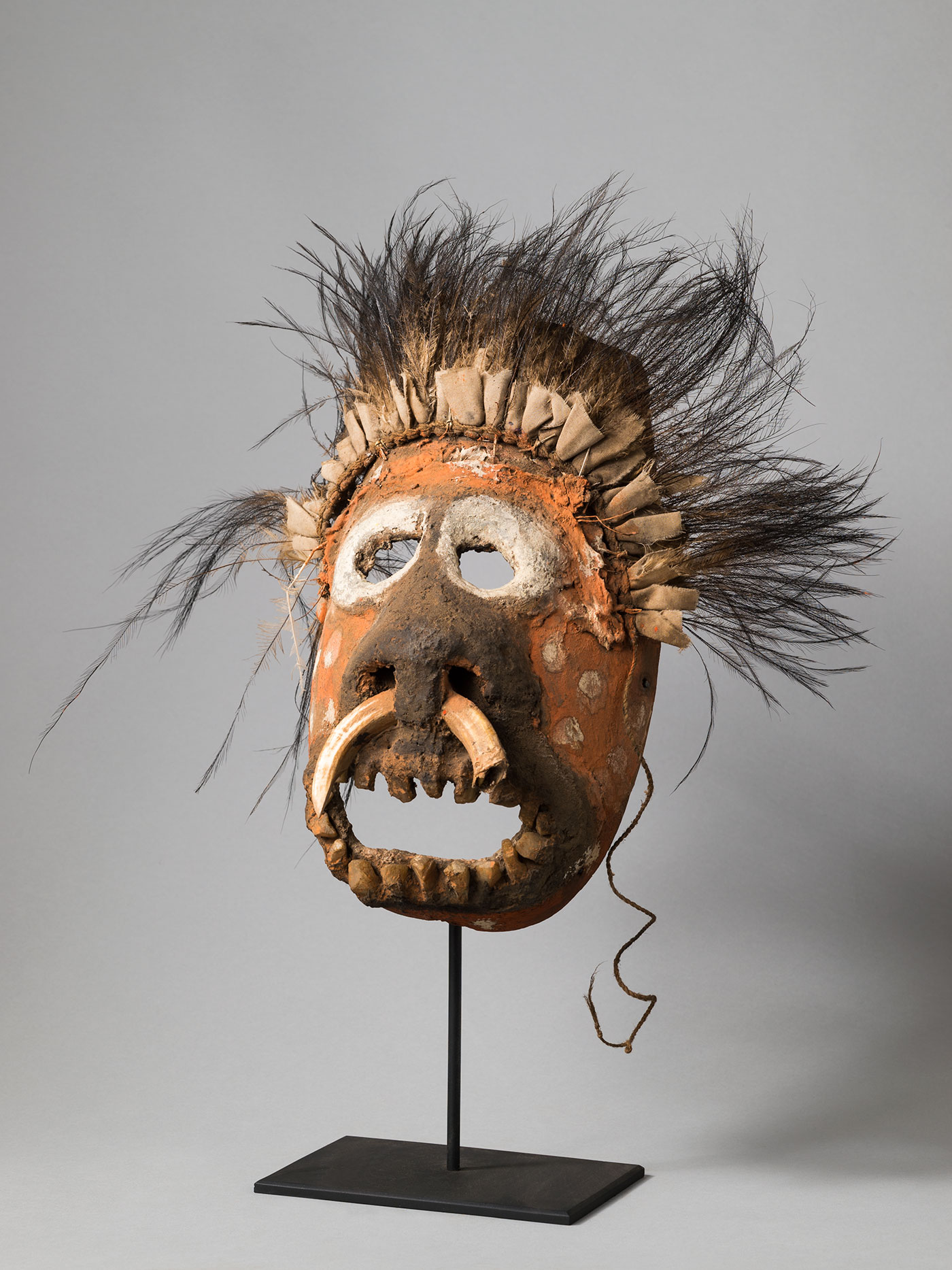 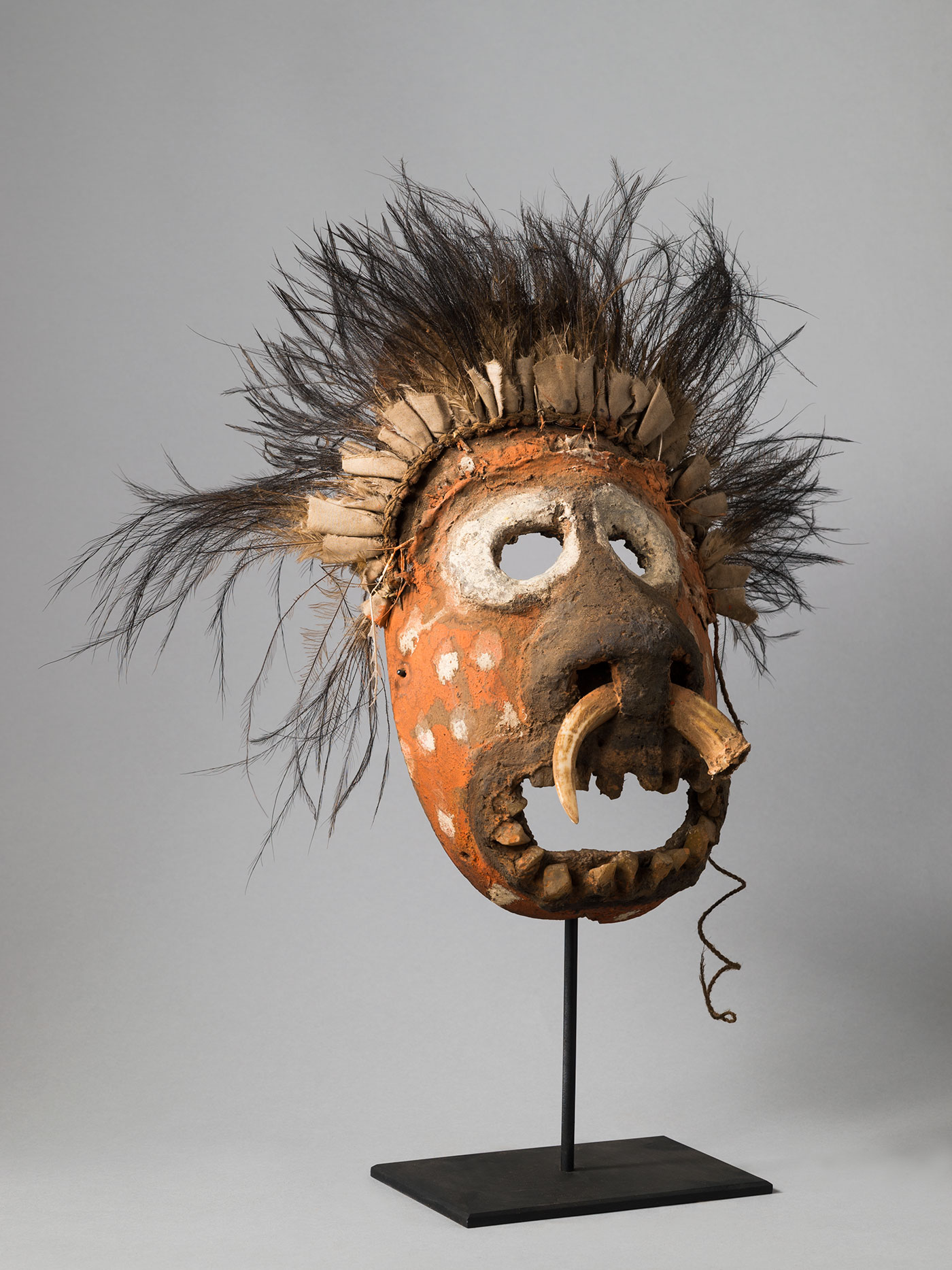 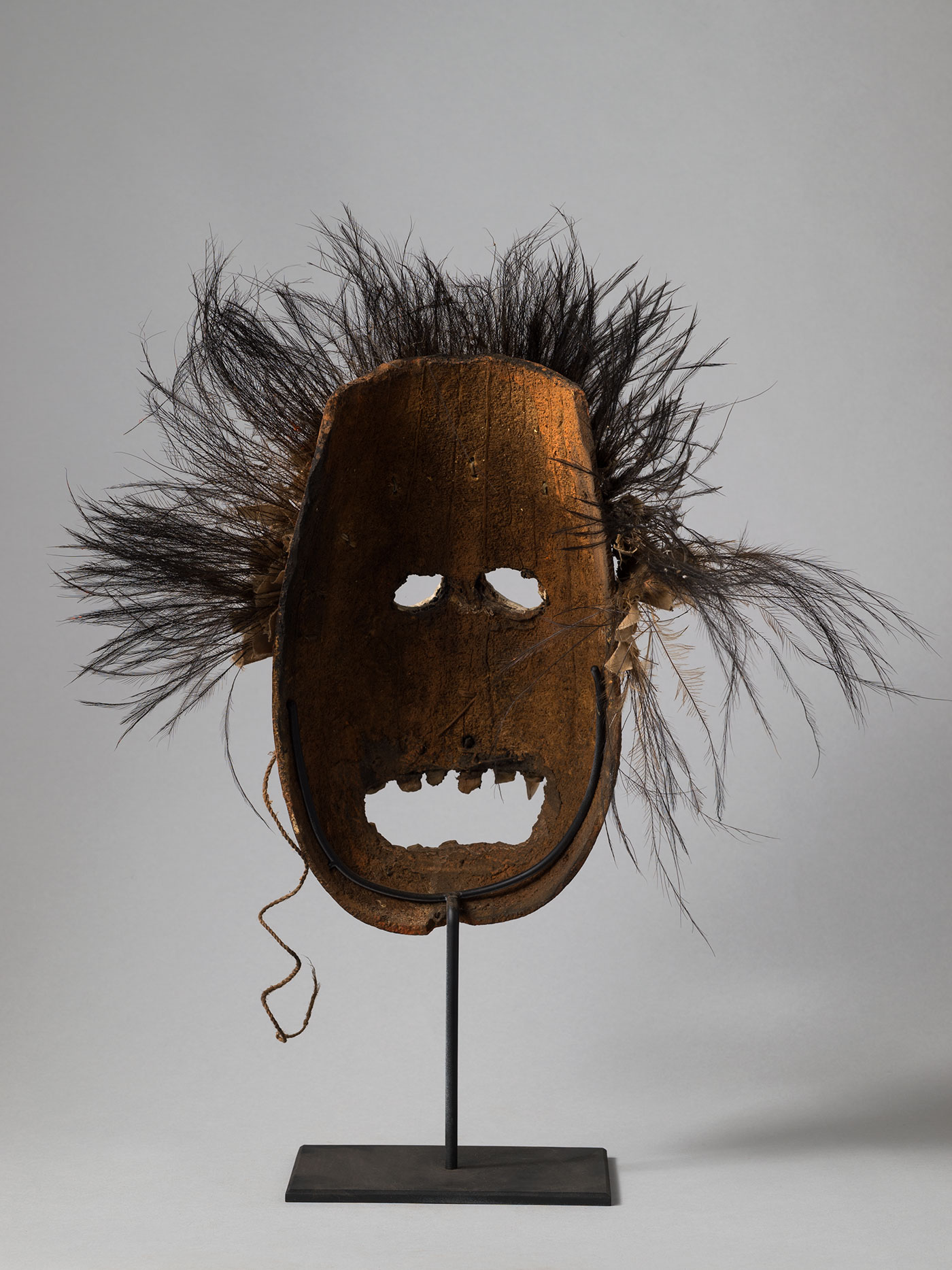 In pre-contact times these gourd masks were common, used in village gatherings and ceremonies where they represented spirits of various kinds. Even into the early 1960s they were still being made; many were collected by Stan Moriarty and are now in the collection of the Art Gallery of NSW, Sydney. But now they are rare. After use these masks were generally discarded and a new one made for the next ceremony.