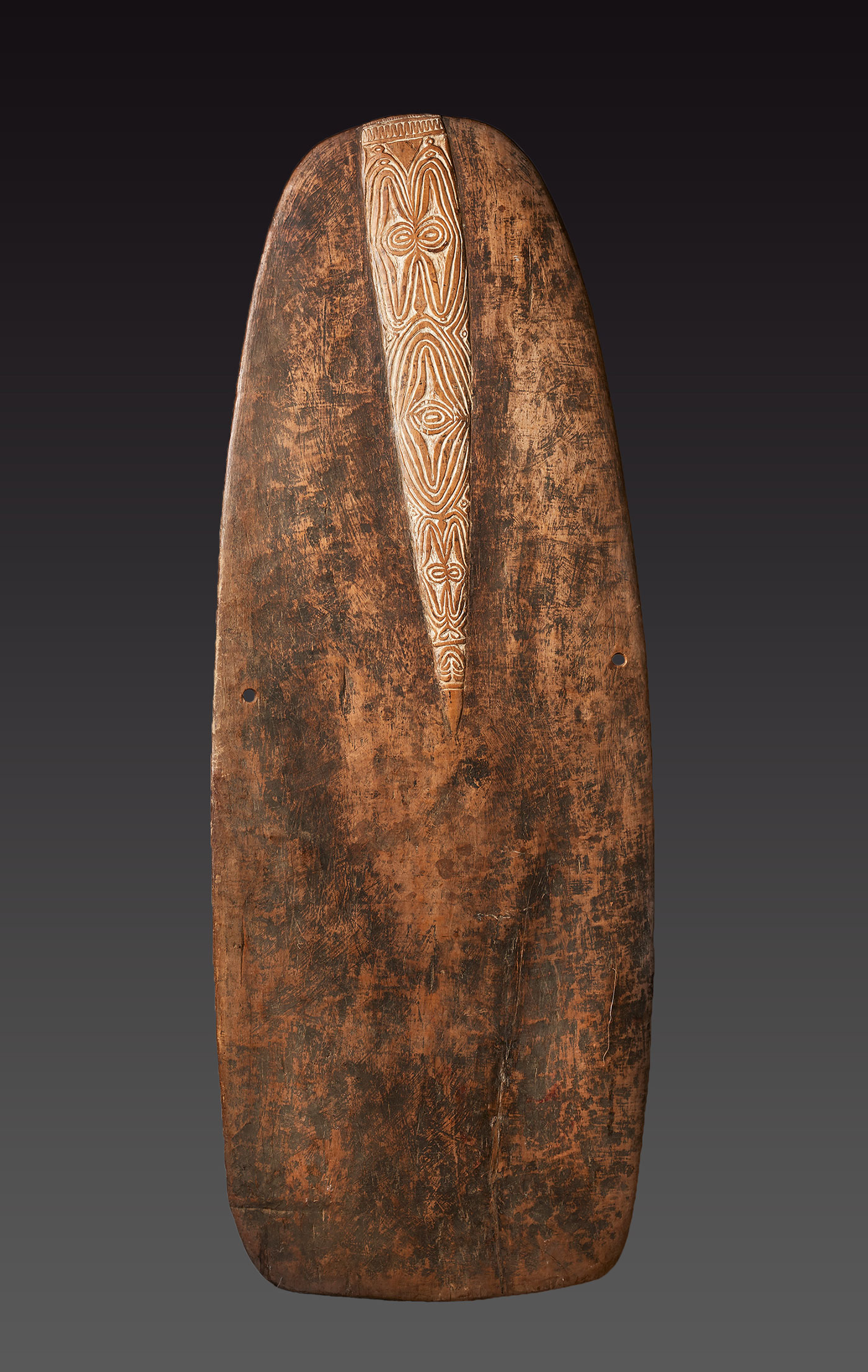 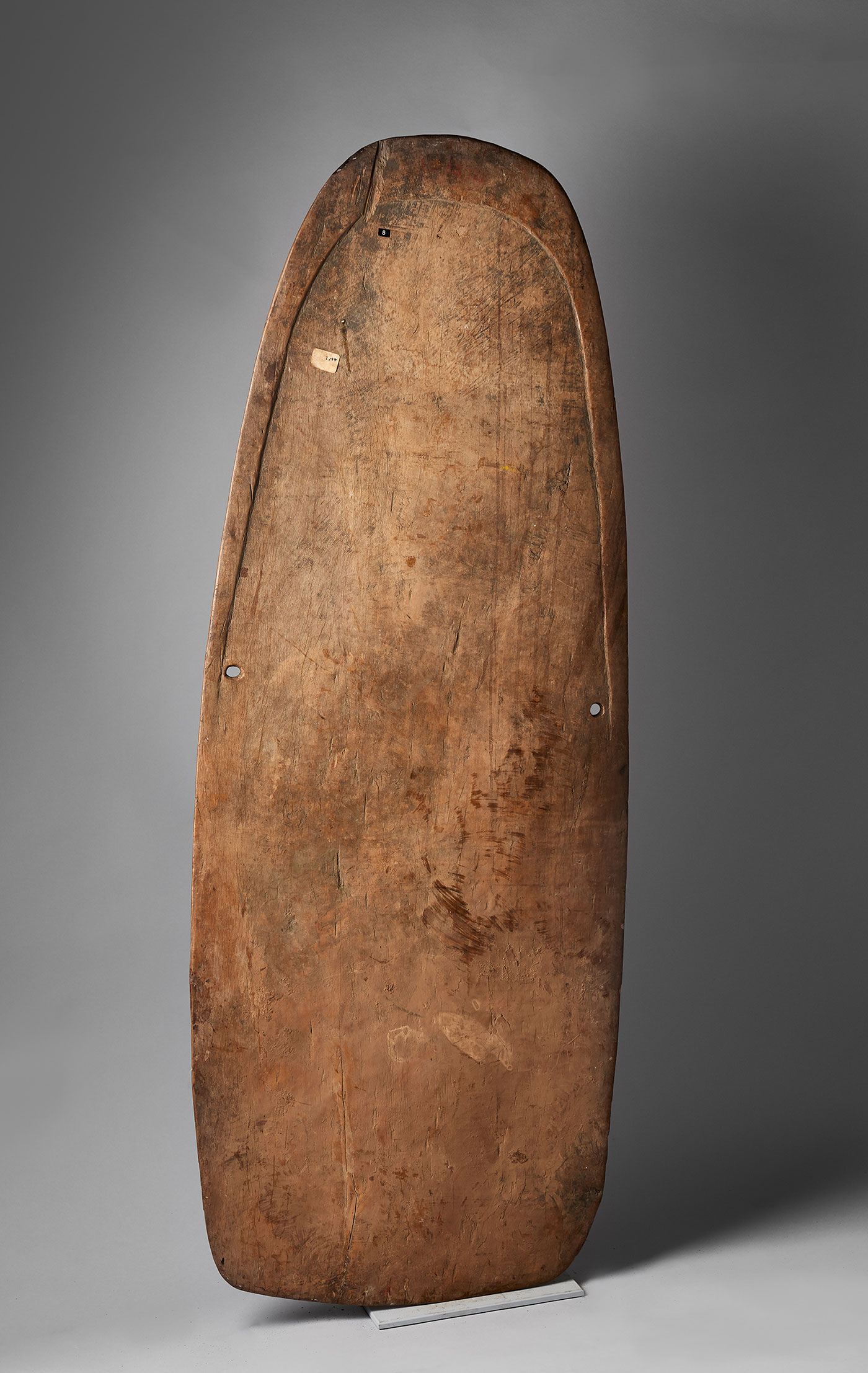 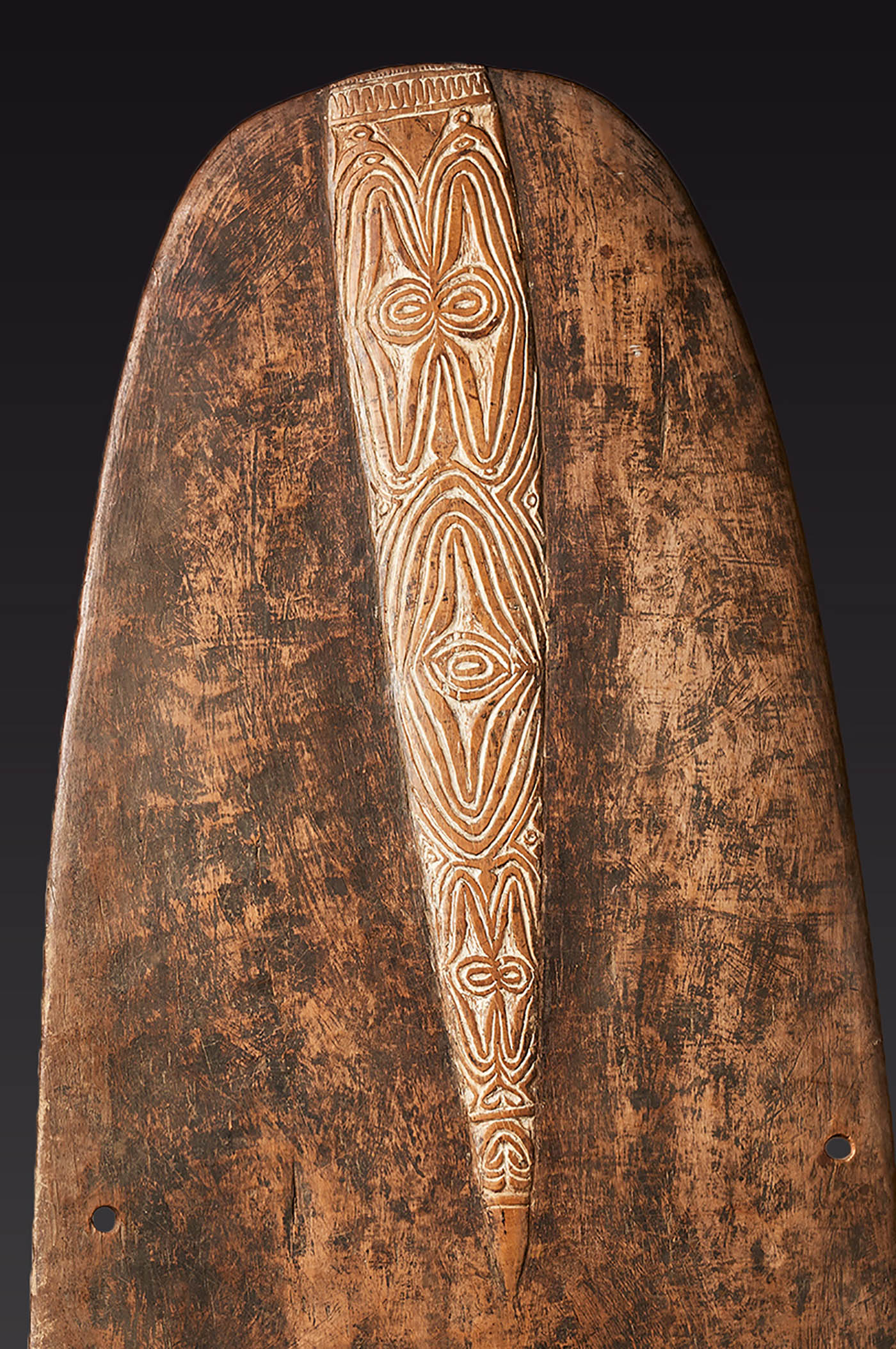 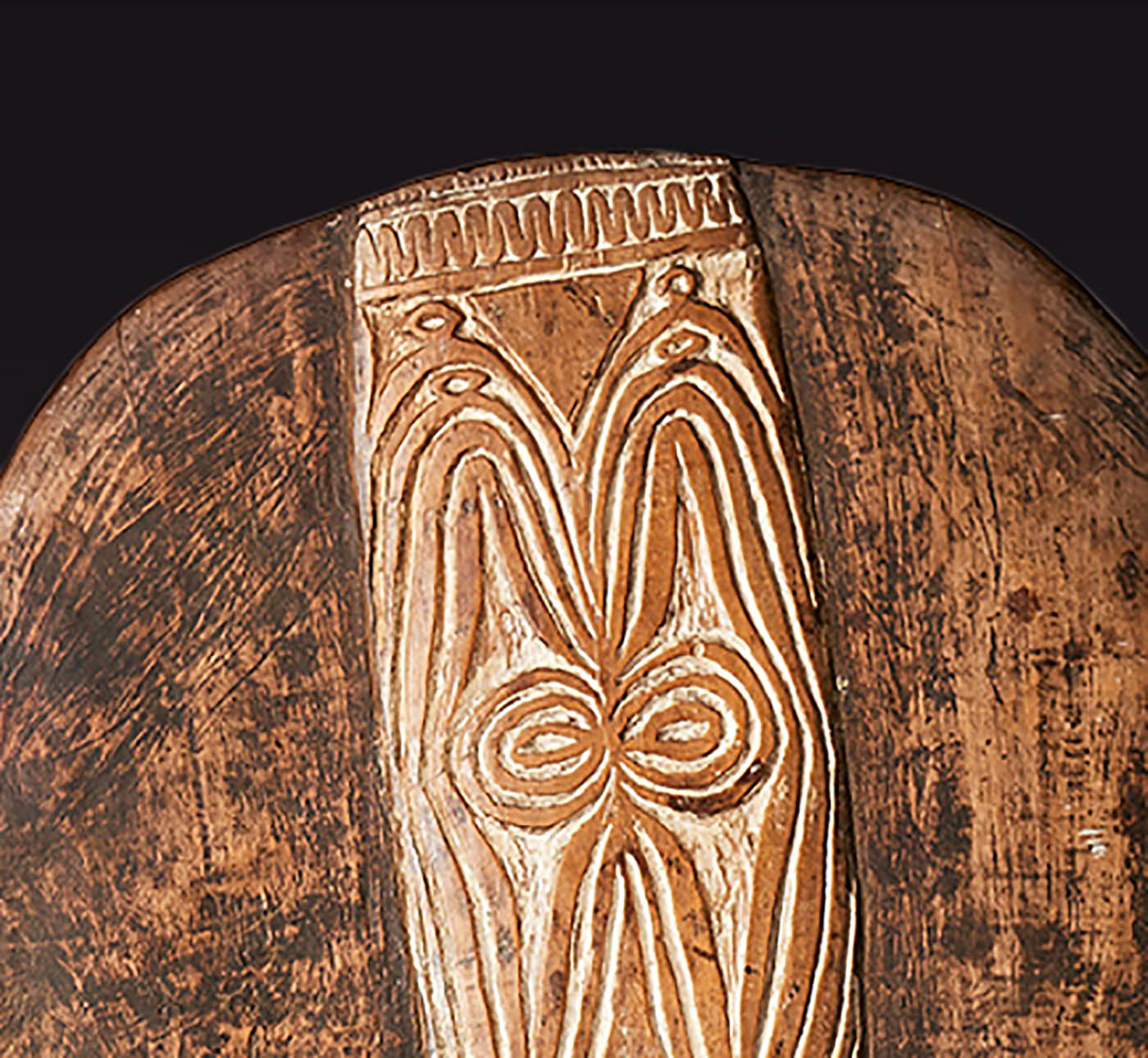 These shields probably ceased to be used for fighting by mid-20th Century, but were then often used as beds for sleeping by the warrior or his family. One similar shield I purchased from an old woman in the Ramu River area in the 1970s had belonged to the owner’s father; she had used it as her bed for over 40 years.

Beautiful fine triangular raised engraved design on the front; the back has a raised ridge around the edge of its upper half; typical of the older Ramu shields.